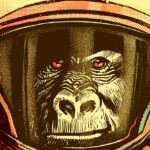 GET YOUR FIRST LOOK AT WHAT CEX IS PUBLISHING THIS MAY

THE SOVIET UNION’S BIGGEST SECRET FINALLY EXPOSED! Who or what is JOSIF? Find out this May! It’s the dawn of the space race and the Soviet Union has successfully beaten the United States to space. But the CCCP has more sinister designs for its space program, a means to rid themselves of their biggest mistake! […] 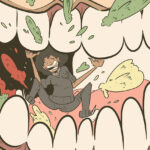 GET YOUR FIRST LOOK AT WHAT CEX IS PUBLISHING THIS APRIL

THE FUTURE OF FOOD IS IN SPACE! Can alien life sustain a hungry planet? Find out this April! As the global population grows and the demand for food increases, humanity looks to other sources of food, including space. Written by Matt Carr and illustrated by Lane Llyod (Egged, Transformers), Mise En Place explores the depths […] 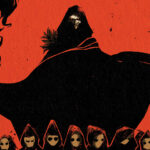 GET YOUR FIRST LOOK AT WHAT CEX IS PUBLISHING THIS MARCH

THE ACADEMY OF BLACK MAGIC IS NOW OPEN! 72 children enroll, but only SEVEN will graduate alive… A call has gone out that The Academy of Black Magic is about to reopen its doors for the first time in 200 years. The Headmaster, school staff, and denizens of the underground city of Scholomance are making […] 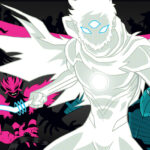 GET YOUR FIRST LOOK AT WHAT CEX IS PUBLISHING THIS FEBRUARY

MEET SERENO, A NEW HERO, FOR A NEW YEAR! Heroes, magic, horror, and fantasy all coming this February! Meet SERENO, the Mystic Master of Light and guardian of New Teia, a city where magic and science intertwine by night! Written and drawn by Argentinean artist Luciano Vecchio, the superstar talent known for his work on Ironheart, […] 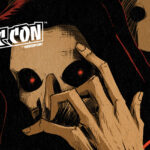 72 children enroll, but only SEVEN will graduate alive.. Shelbyville, KY — October 4, 2022 — Joseph Schmalke and CEX Publishing are launching a new series: Seven Years in Darkness, and attendees at New York Comic-Con will get their first look thanks to an Ashcan being sold at the convention. SEVEN YEARS IN DARKNESS tells […] 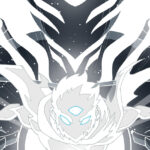 CEX PUBLISHING IS PROUD TO INTRODUCE SERENO FROM LUCIANO VECCHIO

Check out all the covers and first look of SERENO #1, hitting stands February 2023 Shelbyville, KY — October 3, 2022 — CEX Publishing is proud to announce the introduction of the next great superhero: SERENO! Written and drawn by Argentinean artist Luciano Vecchio, the superstar talent known for his work on Ironheart, Champions, Wiccan […] 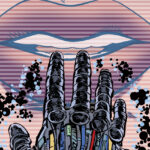 GET YOUR FIRST LOOK AT WHAT CEX IS PUBLISHING THIS DECEMBER!

THE MOST SHOCKING EVENT COMIC OF 1984 CONCLUDES! Find out what’s to come this December in Saga of a Doomed Universe #3 and check out these amazing new covers! The highly anticipated crossover event, that never was, concludes! The fate of the universe is in the hands of a memory-powered loser name Super-Sleuth and often-held-hostage […] 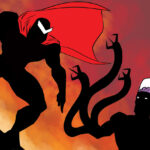 GET YOUR FIRST LOOK AT WHAT CEX IS PUBLISHING THIS NOVEMBER

THE MOST SHOCKING EVENT COMIC OF 1984 CONTINUES! Find out what’s to come this November in Saga of a Doomed Universe #2 and check out these amazing new covers! The highly anticipated crossover event, that never was, continues! The Masked Champion is back but can he prevent an impending apocalypse without his powers? Is this […] 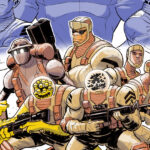 GET YOUR FIRST LOOK AT WHAT CEX IS PUBLISHING THIS OCTOBER

OORAH! SPACE CORPS IS HERE TO SAVE THE UNIVERSE! A Doomed Universe, Intergalactic War, Zombies, and Gods Among Humanity, all coming this October! The next great space epic is here! When aliens attack Earth, high school student Deven Taylor is swept up in an intergalactic war, serving alongside some of the strangest creatures in the […] 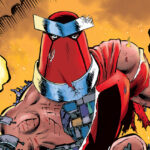 Check out the variant covers that pay homage to some of the most influential comics of the era. Shelbyville, KY — June 17, 2022 — This October, CEX is proud to present 1984’s most shocking comic book, revealed at last: SAGA OF A DOOMED UNIVERSE #1. The heroes have fallen, only one remains: costumed loser […] 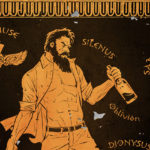 GET YOUR FIRST LOOK AT WHAT CEX IS PUBLISHING THIS SEPTEMBER

SPARKS FLY AS GODS & MORTALS COLLIDE! Deus ex machina reigns in the new series, Sparks of Chaos, by creators Temur Schelm, Alex Malyshev, and Gleb Melnikov (Robin, Batman: Urban Legends, Angel, Angel & Spike). It’s a mashup of mythology, religion, and steampunk, as the gods and mortals collide in this epic adventure that will […] 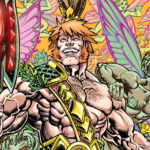 GET A LOOK AT THESE STUD-TACULAR OFFERINGS IN OUR MAY SOLICITS!

A-stud-ounding things are headed your way this August from CEX! THE WAIT IS FINALLY OVER! CEX is proud to present the collected edition of our inaugural title: Stud and the BloodBlade.  First published in 2021, Stud and the BloodBlade quickly sold out at the distributor level, making it one of the must-have comics of 2021. […] 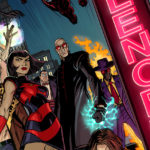 SHHH…THE RETURN OF A CULT CLASSIC!It’s an all-out-war for control of the city’s underground. This month CEX Publishing is proud to announce the return Silencers, the cult classic that helped to launch the careers of Fred Van Lente and Steve Ellis. Debuting in 2005, Silencers tells the story of a group of super-powered individuals who […] 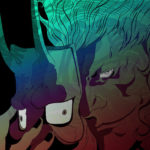 THE KEYS TO HELL ARE WAITING FOR YOU! The damned are waiting to be punished, are you up to the task? This month CEX Publishing is proud to announce our first ever Deluxe Hard Cover Edition of the hit indie comic Hell, Nebraska! What could lead a popular high school teacher to set himself up […] 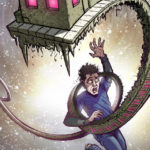 ENTER A DIMENSION OF THE IMAGINATION Rest your weary head at the Macabre Motel, but once you check in, can you ever leave? This month CEX is proud to release three new titles! First it’s the bottom of the ninth, two outs, bases loaded with a full count! Read on in Honcho #2 as our […] 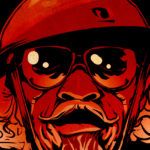 Can’t-miss-comics heat up the summer!

The debut of Howling Snow and the continuing adventures of Stud highlight a busy August for Comics Experience Publishing! Comics Experience Publishing unleashes adventure this August with the second issue of Stud and the BloodBlade, and debut of Howling Snow! Get in on the ground floor of the next great creator-owned comics publisher! Each issue […] 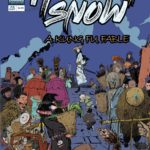 Your next adventure awaits: you’re invited to the world of Howling Snow!

This kung-fu fable highlights August releases from Comics Experience Publishing. A village under threat. A reluctant hero wrestling with temptation. A path to enlightenment for all. It comes together this August in Howling Snow #1 from Comics Experience Publishing (CEX)! Written by exciting new voice David Ramirez Ramos with the unique art stylings of Ensoul, Howling Snowsatisfies readers looking for incredible […] 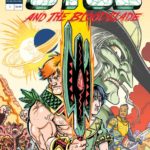