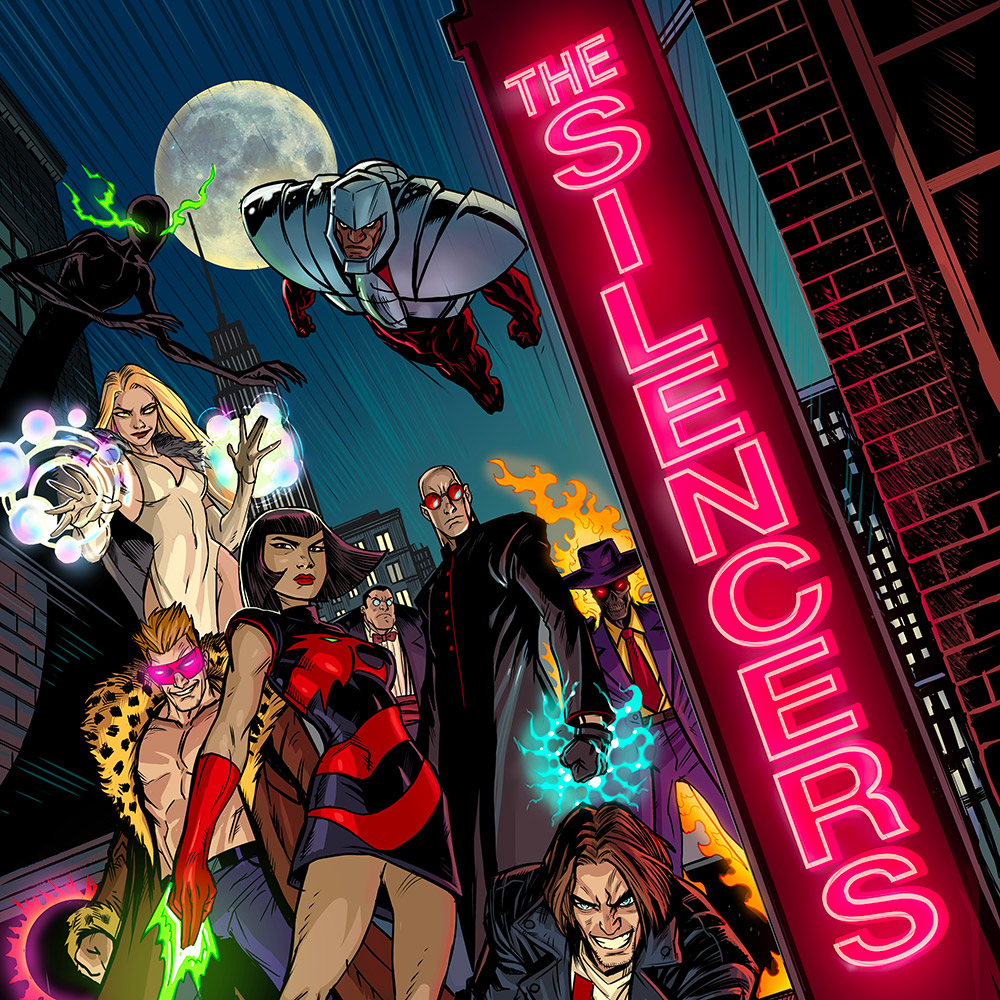 In a city full of superpowered do-gooders, the mob needs above-average enforcers to get away with robbery, murder, and so much more. Enter the Silencers, a lineup of criminals with extraordinary abilities who are more than happy to use lethal force for a mafia-funded payday. But when the Silencers’ leader, the legendary Cardinal, finds out his team’s being set up for a deadly fall, these pawns do more than try to put a mob king in checkmate . . . They want to take over the whole city’s crime scene.