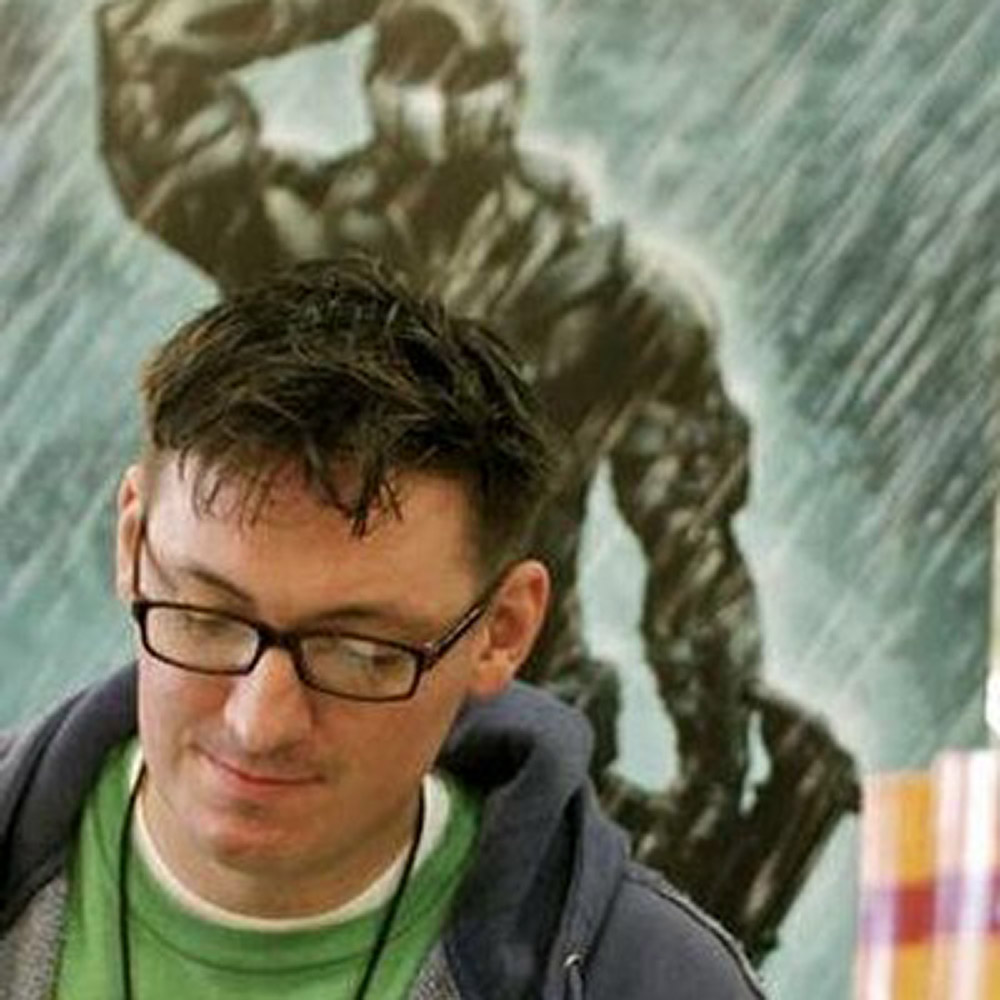 Robert Atkins has established himself in the comic book industry, known for his penciling work on military action in books such as G.I. Joe, Snake Eyes, as well as superhero titles such as Amazing Spider-Man, Venom and Heroes for Hire. After earning his M.F.A. in Sequential Art from the Savannah College of Art and Design in 2005, Robert immediately started working in comics. Along with Robert’s comic work, he’s built up a portfolio and clientele of commercial art and product lines including package art for Hasbro: NERF, Star Wars: Black Series action figures, Marvel Legends, and many other toy lines.